In a recent blog I proposed that we identify with characters through bad luck. After that I was thinking, is that too doom and gloom? Why am I so focused on the hard stuff?

I want test my theory on a real story. So I’m taking a step back to ask: Why are problems so important?

To answer my challenge, I want nominate a writer who is a total master in the character department: Chimamanda Adichie. 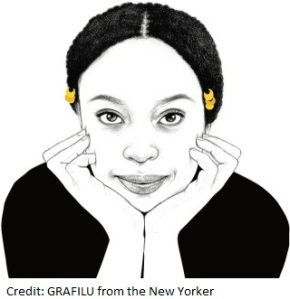 Adichie gave a TED Talk, “The Danger of a Single Story” in which she explains how “single stories” become a kind of conceptual imperialism over cultures, countries and continents; her central example being how negative messages have collapsed Africa into a stereotype of poverty and pretty animals. This talk went viral because it struck the chord of what needed to be said and perhaps had never been said so exquisitely.

Chimamanda Adichie’s story “Birdsong,” is the latter. Here’s why:

The story actually touches upon the similar themes to the TED Talk. It’s a classic love triangle in which we have an honorable wife living in the United States, and a hidden lover living in Nigeria. The story is told through the voice of the lover, who is being tortured by this married man who passively implies that she is always secondary.

I love this line, “She’s 32 and tottering under the weight of her own desire to settle down.” In the context the narrator is describing the desire of a friend, because perhaps she won’t even admit it about herself. That’s the thing about stories, we expose all the things we’re scared to say.

And why don’t we ever say them?

Because they create problems and vulnerabilities. Look at Birdsong, plug it into the character worksheet. 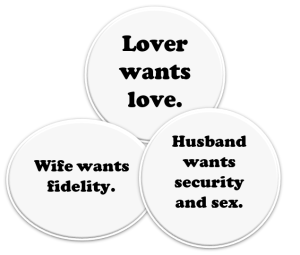 From a craft perspective, I really admire the architecture of this story. Scene by scene, Adichie lays out the complete triangle by addressing the arrows of connection and conflict between the characters.

There’s an intimate scene between the lover and the married man in which she plucks a pillow feather from his hair and he says, “You’ll want to settle down soon… I just want you to know I’m not going to stand in your way.” She responds with “the kind of overdone mockery that masks damage.” Here we feel the load baring wall of her longing for love and his repressing it to just sex. The arrow between the husband and wife is drawn through the presence of the cellphone and a tangle of private jokes. Finally the arrows between the wife and lover are represented at the beginning and end of the story by a staring contest between the lover and a wealthy woman.

However, returning to the original question: Is there really dignity in this mess of problems and desires?

I still say yes, there is dignity.

Think about your own life. Who would you be if someone robbed you of all you’ve been through?

Our struggles turn us into the people we become, and they need a place where they can be expressed, valued, and dignified.

As Chimamanda Adichie says in her TED Talk, “Power is the ability not just to tell the story of another person, but to make it the definitive story.” That’s why it’s so important that we tell our own stories and put them out there to clarify our own struggles, triumphs and desires.

At the end of Birdsong, the illicit lovers stares back at the wealthy figure of the the wife and says, “What’s your problem? Why have you been staring at me? Do I owe you?”

There is both power and dignity in that.

One thought on “Powerful Characters: A Look at Chimamanda Adichie’s “Birdsong”” 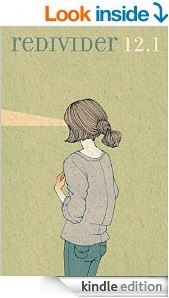